The Flying Scotsman And Aussie Steamers Put On Amazing Show 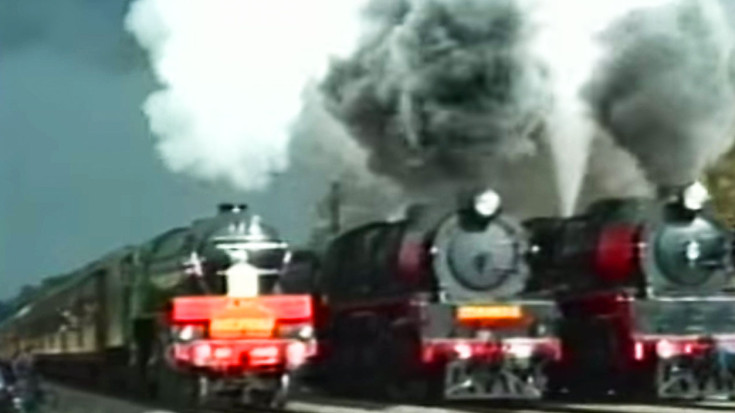 Every year the steam locomotive lovers of Australia have the opportunity to fawn over some of their favorite Aussie steamers at the countries annual Steam Fest. Engines are brought from all around the Australia and rides are scheduled for those steamers that are still up to the task!

The steam festival is usually put on around the third week of April!

Victorian Railways trains are usually present at the festival of steam, often having one of now defunct companies most well known locomotive class, British made Class R available for use. This particular year was incredibly special, as class R Victorian Railways engines R761 and R707 got to share the rails with a former countryman the London and North Eastern Railways #4472 The Flying Scottsman!

In an incredible display of steam that would make any foamer envious of the cameraman, the three engines shared parallel tracks as they ventured forward, filling the skies with glorious amounts of steam!

It truly is amazing to see a British run steamer touch down on Australian rails, especially considering the two nations are separated by such a vast ocean!

Have you had an opportunity to see The Flying Scottsman, or any of the British built R Class engines? We’d love for you to share your experiences with us!