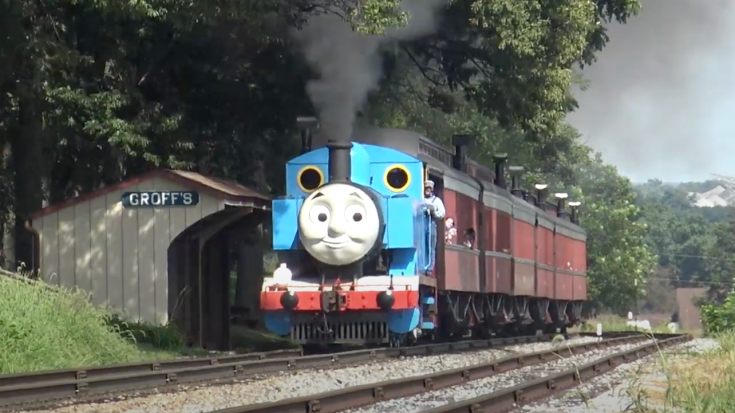 Captured by Big Jim Videos, the Strasburg Railroad Locomotive # 31 was all dressed up at Thomas The Tank Engine for the this celebration in Strasburg, Pennsylvania.

After her retirement in the 1958 as a shop switcher engine in Stratford, Ontario, the Baldwin Locomotive was acquired by the Strasburg Railroad and renumbered #31.

Some Quick Facts about Baldwin #31

Let us know if you have ever had the opportunity ride the Strasburg Railroad first hand. We would love to hear from you!