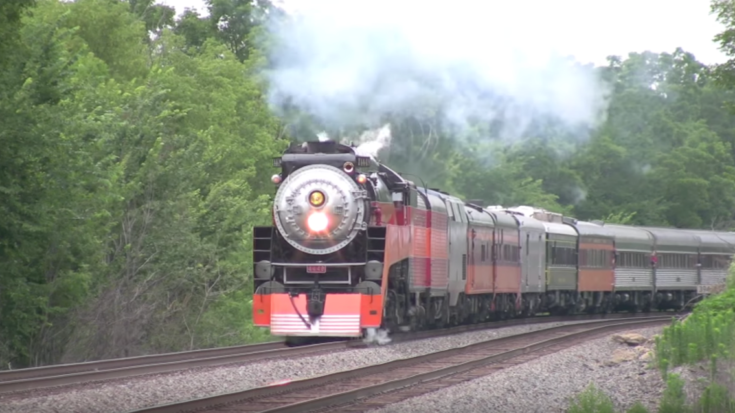 Not all horns are created the same!

Ok, we all know that the steam whistle is what we expect to hear when seeing a steam locomotive, right?

The use of the horn was actually fairly common back when steam power was being used for regular service all over the country.

I know we don’t like to hear it, but air horns were actually was much better suited for safety purposes for grade crossings while the whistle was used most of the other times, including calling signals.

SP4449 is shown here steaming by Diamond Bluff, Wisconsin, on her way to towards Michigan.

Back in her heyday, SP #4449 runs included the coast route along the Pacific Ocean from Los Angeles to San Francisco and on to Portland, Oregon. Called the Southern Pacific “Daylight“, she could make this 470 mile run totally during daylight hours due to her ability to go 100 mph!