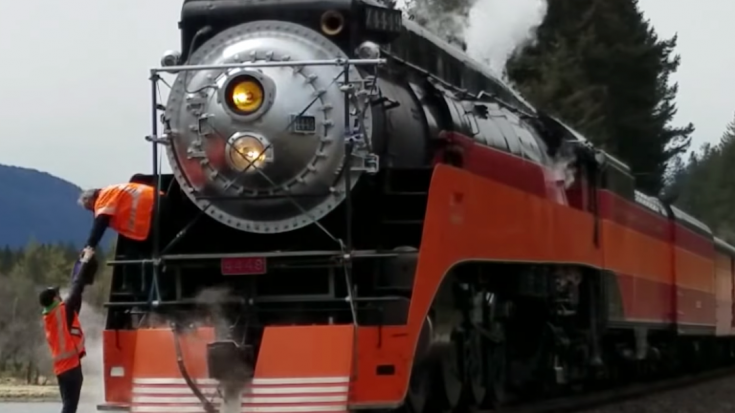 Back in April 2018, SP 4449 made a round trip run from Vancouver to Skamania through the Columbia River Gorge with an IMAX camera attached to the front of the boiler.

The movie being produced is called “Train Time” and the release date is yet to be determined.

SP 4449 has an all volunteer crew and is maintained by the “friends of SP 4449” as caretakers.