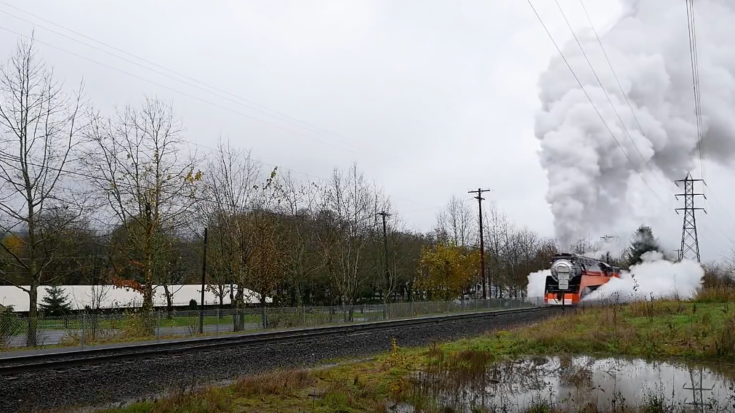 Getting ready for her 2016 Holiday Express run!

Nothing could be better than watching this beautiful steam engine go through her paces getting ready for an excursion!

It is a rare opportunity to see her on the mainline since insurance costs have gone up causing excursions to be cancelled due to increased ticket prices to cover costs.

Her permanent home is the Oregon Rail Heritage Center (ORHC) in Southeast Portland.

Rolled out for numerous Holiday Special runs in the past, this one is the 2016 version. She also had an excursion run in June of 2017 from Portland to Bend, Oregon and back.