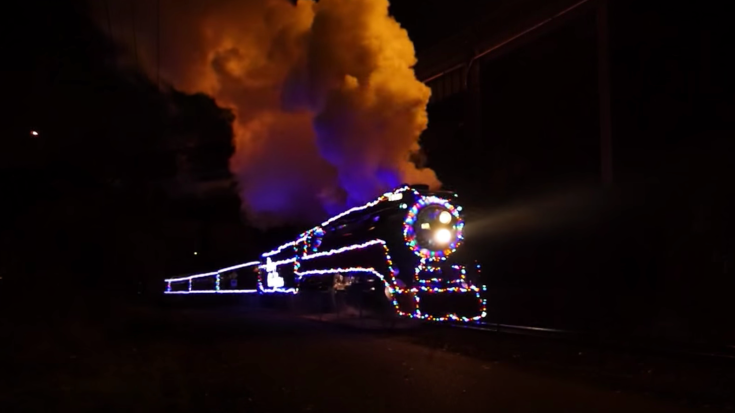 How much time and how many lights did it take to decorate her?

Rolled out for numerous Holiday Special runs, this one is a special night run to show off her Christmas Cheer!

Back in her heyday, SP #4449 runs included the coast route along the Pacific Ocean from Los Angeles to San Francisco and on to Portland, Oregon. Called the Southern Pacific “Daylight“, she could make this 470 mile run totally during daylight hours due to her ability to go 100 mph!

Let us know if you have ever had the chance to see SP 4449 on one her Christmas excursion runs! We would love to hear about your experience!