Southern #630 Barrels Through Kentucky To Tennessee 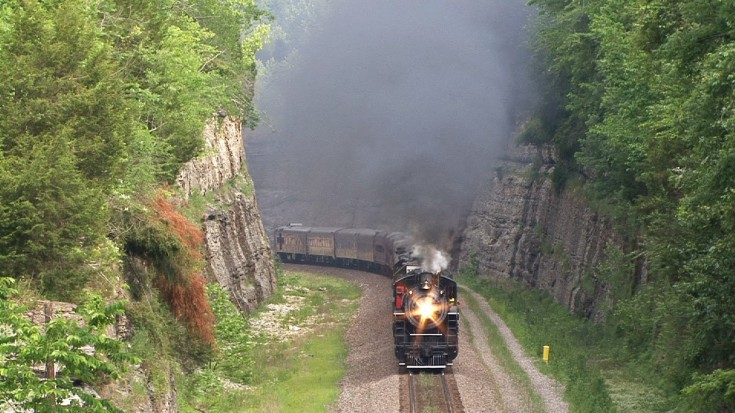 Currently owned and operated by the Tennessee Valley Railroad Museum, the Southern #630 roars through the southern countryside giving railfans a thrill!

#630 is a ex-Southern Railway Steam locomotive that underwent a thorough 10 year restoration at the Tennessee Valley Railroad’s Soule Shops. The restoration was so involved that it even included the frame work and complete running gear. She was able to return to service in 2011.

Southern #630 was used on the Southern Railway in regular freight service until 1952 when she was retired.

Some quick facts about Southern #630

Let us know if you have ever taken an excursion behind this classic steam engine! We would love to hear about your experience!