Snow Proves No Barrier For These Maintenance Of Way Train Crews! 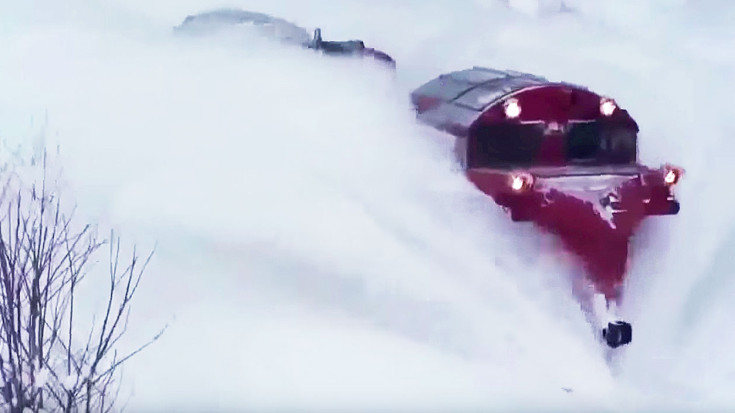 When speed is an issue it’s time to send in the wedge plows and snow sleds!

In a compilation of plow action, it is clear to see how the massive snow is no match for the tonnage and speed of these snow sleds!

Initially known as Bucker plows (originally constructed from wood), Wedge plows made their debut in the 1840’s and were needed to clear snow laden tracks in the American West. Wedge plows are still used today as an alternative to rotary plows, as they work faster and are more cost efficient than their younger rotary cousins.

Rotary Plows are still used today when the snow is too deep to use sled plows.

It is not uncommon for these wedge plows to lift up from the track and derail, causing dire consequences for the engines pushing it!

Have you ever worked a wedge plow before, or seen one in action? Tell us about it, we’d love to hear about your experience!