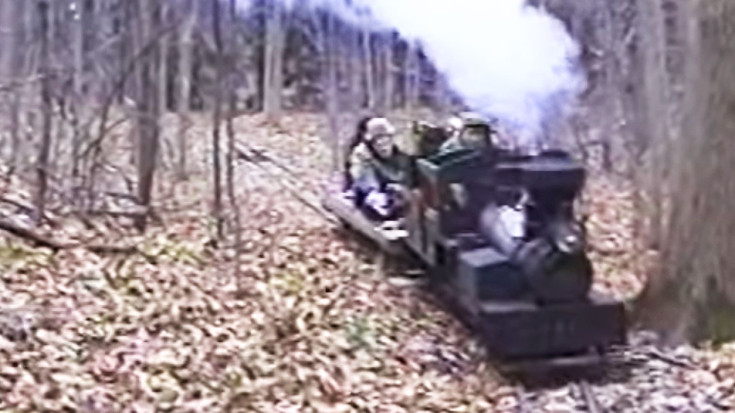 A rail/model enthusiast in Ann Arbor, Michigan, feeling proactive, built himself a backyard model narrow gauge railroad to enjoy his hobby as well as display and share his appreciation for the steam railroads of old!

The tracks, 12 inch gauge to be exact, allowed for rail equipment, engines and cars to be built to 1/3 scale! With about 1 mile worth of track through a valley next to the owners home there was quite a bit of room to enjoy the ride!

The railway included four locomotives, two “American” 4-4-0 type engines, had been purchased second hand. The remaining engines, two replica Shay locomotives, all built by hand with the exception of the boiler! These engines were steamers through and through, all the way down to their steam brakes!

3500 Shay Locomotives were constructed in classes A,B,C & D. Only 117 of those engines remain today!

The owner of the railroad had plans to extend the railroad around his house, but unfortunately passed away before his dream was realized.

His railroad and steamers will be remembered, forever immortalized on the internet as an excellent example of backyard railroading!

Have you had the opportunity to see a real Shay locomotive? We’d love for you to share any stories, pictures or videos you have of your time with a Shay with us!