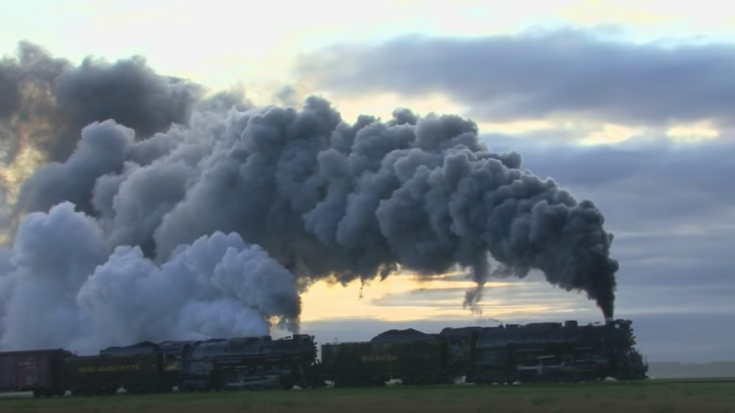 Nickel Plate 765 and the Pere Marquette 1225 run side by side like twins!

Built by the Lima Locomotive Works in 1944 and 1941 respectively, they both weighed in at combined locomotive and tender weight of 1,672,500 lbs!

She is a Berkshire Class 2-8-4 equipped with driving wheels of 63 inches in diameter for speed.

The Pere Marquette is also a Berkshire Class 2-8-4 built for speed with 69 inch diameter drivers.

Both engines were work horses the country during World War II hauling men and materials across the Northeast United States.

Five things that these locomotives have in common!

If you have ever seen these two making their runs for special occasions or have pictures you want to share, please comment below. Our community LOVES STEAM!