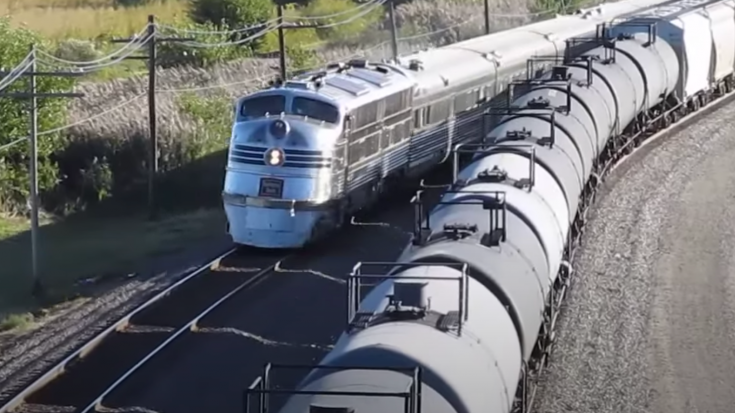 One of the best looking locomotives ever produced “The Nebraska Zephyr”!

This clip shows the Zephyr in Galesburg, Illinois.

These special EMD E5 locomotives were produced exclusive for the Chicago, Burlington and Quincy Railroad, to be used on the Burlington Route which serviced 11 states from Illinois, to Texas!

Built between 1940 and 1941 these diesel engines, also known as ‘Silver Pilots’ are some of the most recognizable locomotives in the world!

Only 11 A Units And 5 B Units of the EMD E5 diesel locomotives were ever produced!

If you have seen the Silver Pilot we would love to have you share your experience !