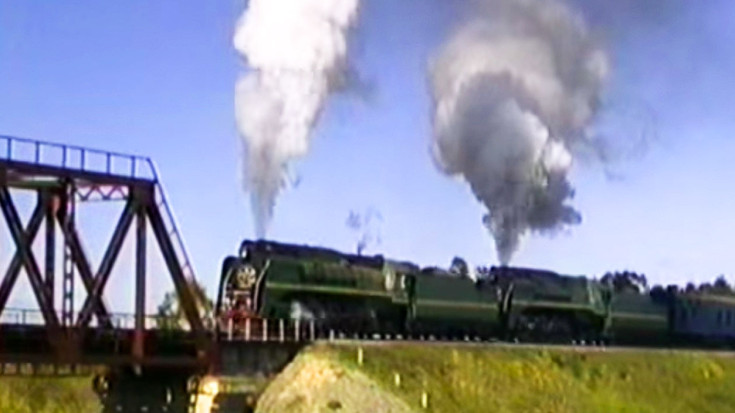 In 2002, just 13 years after the fall of the Soviet Union, Ukrainian railfans got the opportunity to ride a train led by two roughly 50 year old steamers that moved the old regime! Two P36 class steam locomotives double-headed this train and made for one spectacular sight!

The Soviet locomotive class P36’s (Cyrillic: П36) were amazing looking engines. Built by the Kolomna Locomotive Works (founded in 1863) these mainline pasenger steam locomotives were built in the early to mid 1950’s!

P36 #0251 was the last steam locomotive to be produced by Kolomna Locomotive Works!

The P36’s were similar to the IS series of soviet steamers, however unlike the IS locomotives, the P36 was usable on the vast majority of Russian railway lines, replacing the old class Su 2-6-2’s, and significantly increasing the bearing weight of passenger trains.

There are only 26 remaining P36 locomotives!

Have you had the opportunity to see one of the last remaining P36 locomotives in person? We’d to hear about it!