Python On The Tracks! 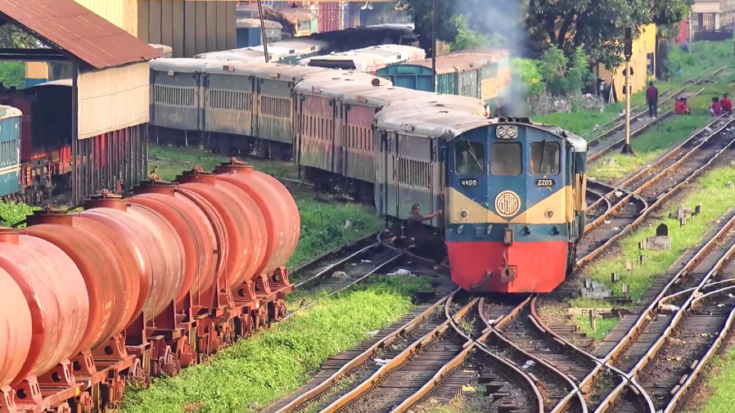 Try figuring out which track this train is headed for!

This is an amazing footage shot in Hi Def of a passenger train leaving the Kamlapur Railway Station in Dhaka, Bangladesh.
As part of the Bangladesh Railway Railway system, this area is the central hub for trains in the country. It serves as the most important terminal for connections from Dhaka to the rest of Bangladesh.

In addition, the number of freight trains going through accounts for the tremendous amount of trackage and switch overs.

People are on their own walking on the tracks since the local police are mostly engaged in crowd control at the terminal. What makes this scene even more confusing is the extra rails to accommodate broad gauge as well as lesser meter gauge locomotives and trains.
Let us know if you have ever traveled through or ridden on one of these trains. We would love to hear about your experience!