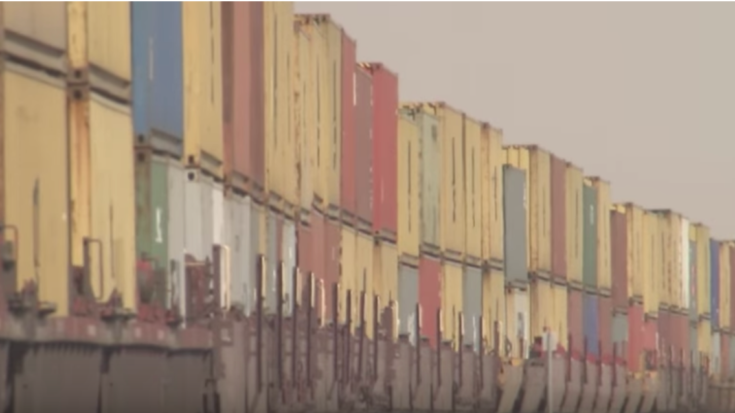 How often do you see a long pacing shot of a diesel locomotives?

Texas is the perfect place to witness high speed freight action with its long straight stretches of track. BNSF 5688 & 4391 are seen here high balling northbound out of Hereford, Texas.

This train is a intermodal double stacker which means that the top of the freight cars are most likely around 20 feet high in places and usually 100-120 cars long.

That is lot of weight rolling at 70 mph!