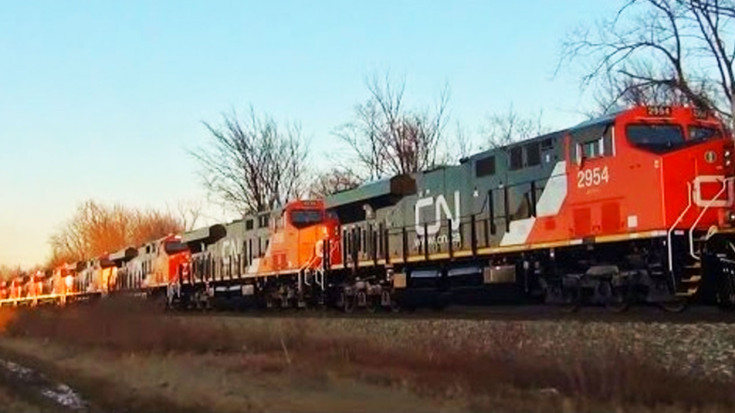 These locomotives have the look and smell of new engine!

This clip features some great pacing shots of these locomotives as they make their way to Buffalo, New York and then later on to Canada for delivery.

Equipped with the latest GE GEVO ES (Evolution Series) engines, these loco’s can put out 4,400 horse power each, which is why they have earned the nickname “roarers”.

These 8 locomotives represent together over 35,000 horse power and 1750 tons collectively!

Let us know if you have seen equipment being moved like this or have seen a locomotive lash up! We would love to hear about your experience!