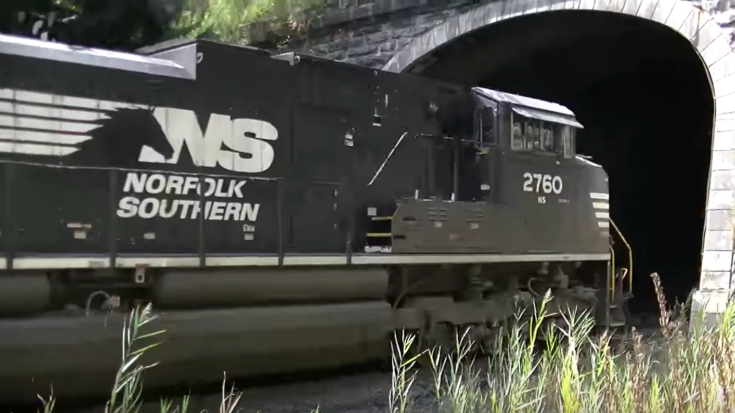 Located just outside of Gallitzin, Pennsylvania, is the a series of 3 tunnels dating back to 1851 in their construction.

The Gallitzin Tunnels, as they are known, were built as a passage through the Allegheny Mountains in Western Pennsylvania.

At the east end of the Allegheny tunnel shown here is the famous Horseshoe Curve.

Of the three tunnels constructed, two were converted to double track intermodal service and the third was shut down completely in 1994.

Some quick facts about the Gallitzin Tunnels:

Let us know if you have ever had the chance to pass though these tunnels on Amtrak. We would lover to hear about your experience!