Waiting Passengers Get Blasted By Snow 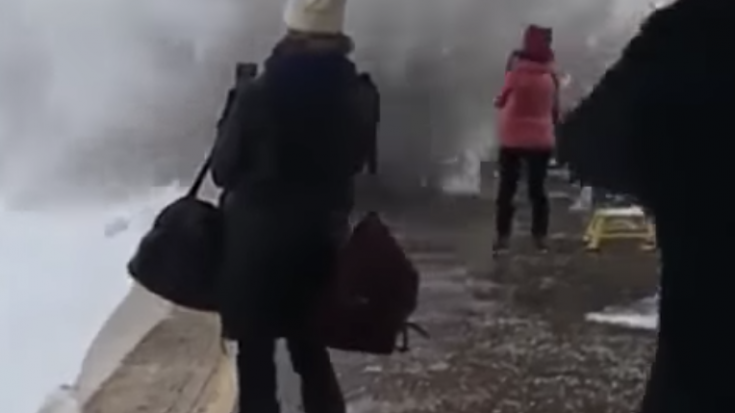 Waiting passengers get blasted by snow from oncoming Amtrak!

Combine a commuter train, passengers, and a fresh layer of powder snow and Voila’, an instant shower of snow!

The winter of 2017 has brought some very interesting weather, not the least of which is this clip of standing on the platform in Rhinecliff, New York.

As a result of the storm Stella in late winter, the eastern seaboard of the United States came to a standstill as a result of heavy snow and rain from Maine to Virginia.

The Amtrak train #236 came barreling into the platform at speed which hurled a wave of snow over onto those passengers brave enough to stand near the tracks.

The locomotives’ front low fenders acted as a snow plow slicing through the snow with precision!

Let us know if you have ever been too close for comfort while waiting for a train. We would love to hear about your experience!