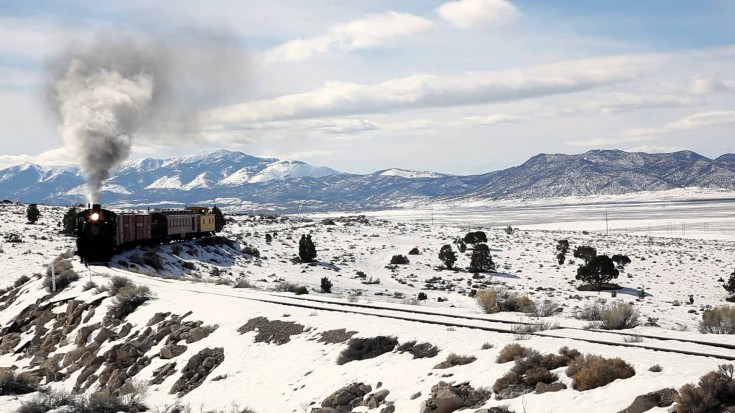 Known as the “Queen of Steam”, the Nevada Northern’s Baldwin #40 winds its way through the beautiful snow covered desert!


Step back in time and witness the steam rising in the distance as the “Queen” makes her way up the 2.5% grade.

You can actually rent this locomotive as well as the passengers cars!

Quick Facts about the “Queen of Steam”!

If you’ve ever taken a ride on the #40 Baldwin or a train like this let us know in the comments below! Would love to hear your experience on this classic piece of history!

NOTE: This is actually two identical clips back to back showing the magnificent Northern Nevada desert in winter!