Engineer Gets Fed Up With His Cell Phone 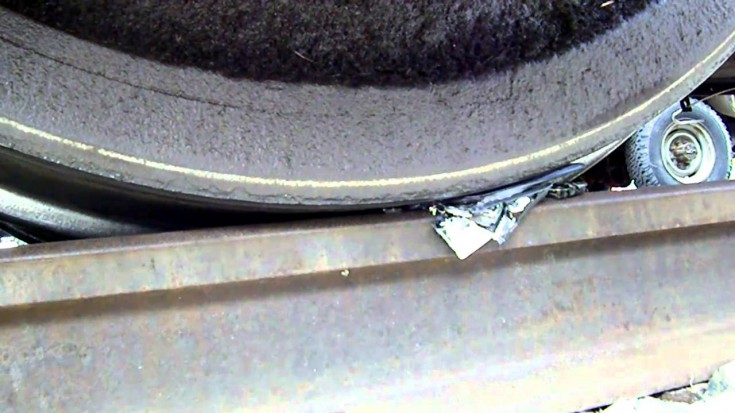 This cell phone has no chance!

In an unintentional physics demonstration, the engineer shows us why you do not want to play on the tracks!

This engineer turned his cell phone into rubbish in a instant with his locomotive. Using all the 300,000 lb weight of the locomotive, he crushes what appears to be one or two cell phones at once.

The force of the weight of the locomotive down on the driving wheel is multiplied by the small surface area that actually comes in contact with the rail. Much like a high heal of a woman’s shoe!

Most railroads in the United States operate under the principle of adhesion traction whereby rail adhesion depends on the steel wheel and the steel rail.

We’ve wanted to put pennies on the track when we were kids at one time or another, but it is not recommended. In fact, it is considered trespassing to be on or near the tracks at all!

Be safe, resist the urge!