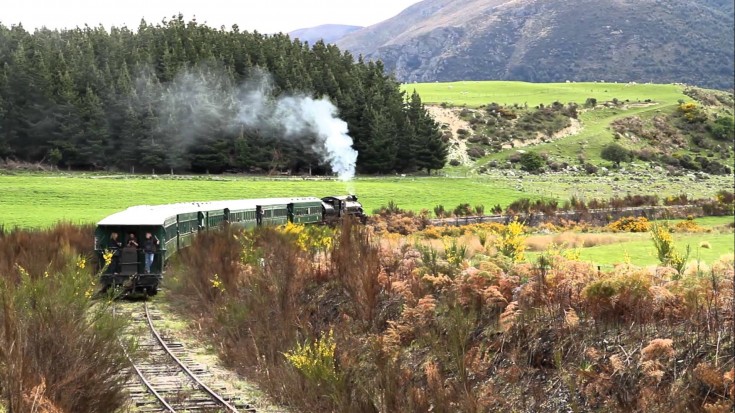 Born of the gold rush in 1878 of the Wakatipu district, the Kingston Flyer (as the train was called) connected the shipping ports of Dunedin and Invercargill. Eventually, she reached Kingston and began the first passenger service between Gore and Kingston in the 1890’s.

Seen here in the beautiful New Zealand countryside, she began excursion service in 1971 and was in and out of service until her current owner, David Bryce, bought the Flyer in 2011.

Known as New Zealand’s most famous preserved train, it was again shut down in 2012 for safety reasons. Due to health problems of the owner and continuing maintenance needed, the Kingston Flyer line was put up for sale at an asking price of over $4 million including the Flyer, all land associated with the railway including the Kingston station and parts of the Kingston wharf.


The AB795 in one of two NZR AB class locomotives that belong to the Kingston Flyer Railroad. Her sister in AB778.

Some quick facts about AB795

Let us know if you ever had the opportunity to ride on this piece of history while it was still in operation! We would love to hear about your experience!