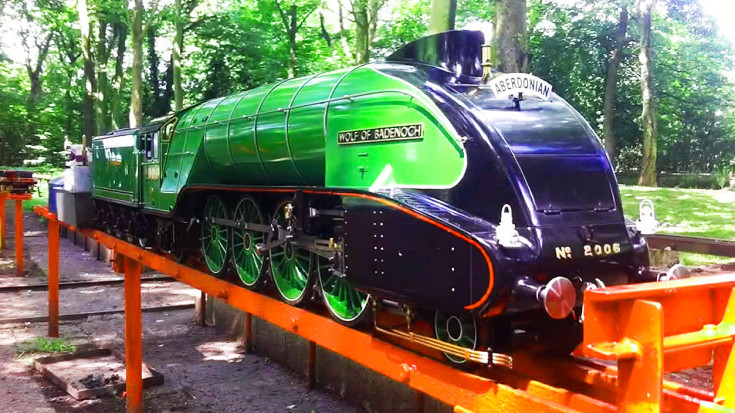 Members of the Chesterfield and District Model Engineering Society make some of the best replica engines in the world!

Located in Hady Hill Chesterfield, UK, the club is a place for (some very serious) model train, steam enthusiasts, and railfans alike. The C&D M.E.S has you covered from HO garden Railways to scale steam traction engines, and everything in between!

The club has grabbed our attention before, with their impressive attention to detail and their 5 inch gauge London and North Eastern Railway class A4 ‘Wild Swan’ one of the best crafted replicas we have set our eyes on! The club members LNER P2 #2006 is no exception and is an amazing replica in its own right!

Only 6 engines were ever built in the P2 class before being retired between 1943-44!

#2006, known as the ‘Wolf Of Badenoch’ was part of a class of 2-8-2 type locomotives, designed by the famous Sir Nigel Gresley, meant to work heavy express trains over the harsh Edinburgh to Aberdeen Line. Due to these gorgeous machines being used on the Scottish Lines each one was given famous names from Scottish Lore!

Retired P2’s were rebuilt as Thompson Class A2/2’s to meet the strenuous requirements of WW2!

The LNER Class P2’s were:

There are many wonderful Model Railroading clubs world wide, though the C&D M.E.S definitely has a spot at the top as one of the best!

Do you have any favorite Model Railroading clubs? Tell us about them!