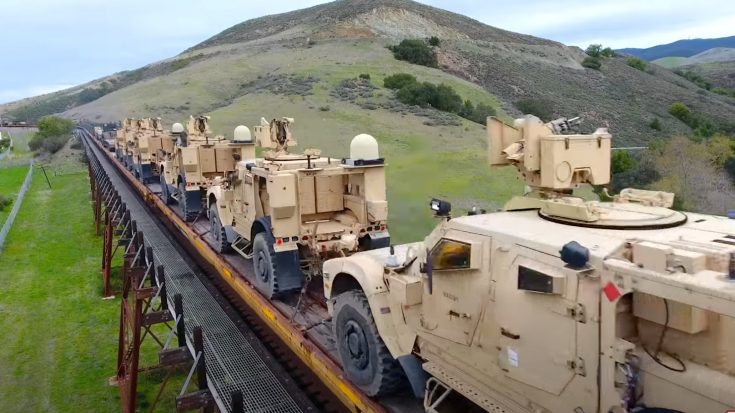 During World War II, 436,000 Field and Infantry troops were trained there. Also, the base had a 750 bed hospital and kept German and Italian prisoners of war.

Imagine the amount of supplies that were need and transported by rail with steam locomotives back in those days!

Let us know if you have ever seen a military transport train. We would love to hear about your experience.