Mamiao Coal Mine A Safety Nightmare 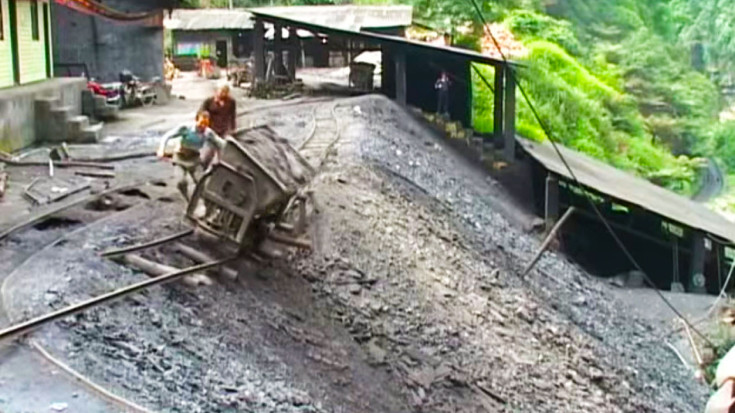 The Mamiao Coal Mine, located in Northern Taiwan, used a 600 mm (1.96 feet) narrow gauge rail system with cables to haul ore buckets up to the surface.

This clip shows a woman manning the cable wench which is attached to multiple ore carts being hauled to the mine opening from far below the earth.

Once above the ground, the workers manually move the carts down the line to various dumping stations on horrible tracks!

The workers are not wearing any safety equipment and are almost always in harms way.


Using gravity along with brute strength to move the ore carts, sometimes thing go wrong as seen in the last seconds of the video!

Located in the Sichuan Province of China, the coal mines of the Pingxi Valley first opened around 1910 when coal was discovered. This operation was shut down a few years after the video was taken in 2009!

Let us know what you think of the track system they used the how skilled you think they are when it comes to railroading the ore carts! We would love to hear your comments!