Locomotive Dropped At The Dock 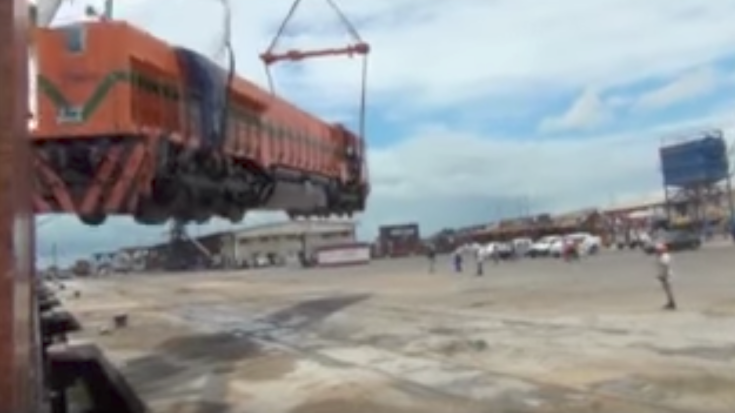 Ouch! Someone is going to pay!

It was a bad day for the port workers at Owendo ( a port city in the at the end of the Trans Gabon Railway in the country of Gabon, Africa). They were shocked when this new EMD GT46C locomotive came crashing down from the rigging while being unloaded from the cargo ship at the dock.

As you can see in the, the frame of the 200 ton locomotive snapped when it landed on the trucks and wheels. In all likelihood, this locomotive became scrap in the blink of an eye.

Someone should have made sure that the cables were inspected properly and load levels calculated. Additionally, the locomotives center of gravity should have been known as well before the lift.

Luckily, no one was underneath when it happened.

What do you suppose happened to cause this unfortunate accident. We would love to hear your opinion!