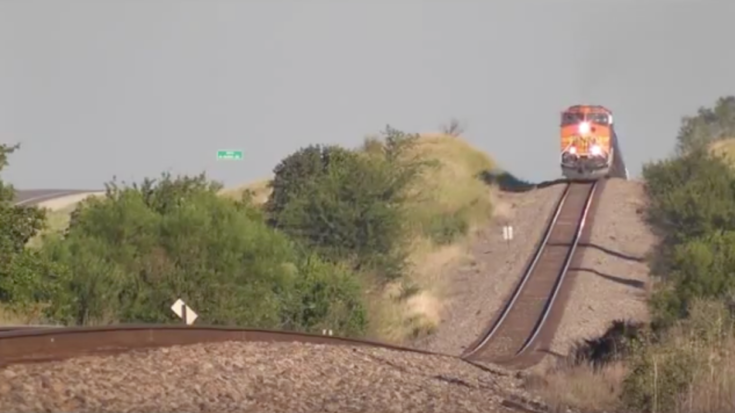 Texas is mostly flat except where the BNSF line goes through rolling hills of Bowie.
BNSF 4164 is seen going up and over on the hogs back and then down and around on a curve which gives us some of the most interesting shots we’ve ever seen.

Normally Texas is the perfect place to witness high speed freight action with its long straight stretches of track. BNSF 4164 has a mixed consist of oil cars and grain cars in the Wichita Falls Sub in northern Texas.

BNSF 7748 is a intermodal double stacker which means that the top of the freight cars are most likely around 20 feet high in places and usually 100-120 cars long.