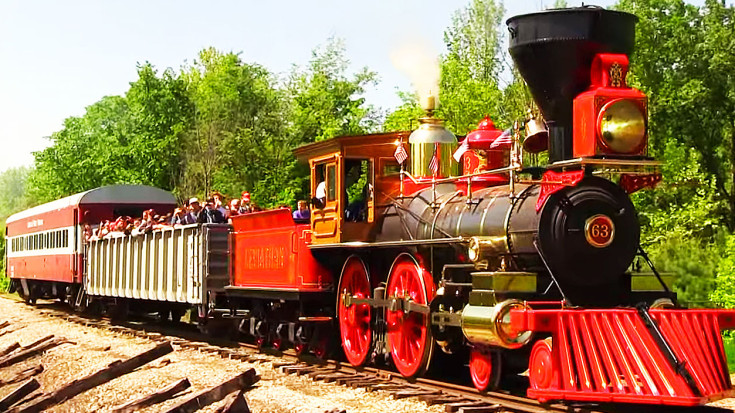 Abraham Lincoln’s passing was one that sent a shockwave through our post civil-war nation. Arguably one of our most prolific and important presidents, Lincoln nonetheless had one of the most extravagant funerals our nation has ever seen.

Known by historians as “The Greatest Funeral in the History of the United States” the services took place in Washington D.C. beginning with an honor guard transporting his body to The White House on April 15th 1865, and ending with a prayer service for the Lincoln cabinet on April 24th.

But that was not where his body was to be laid to rest. Lincoln was bound for his hometown of Springfield, Illinois, and a one of a kind funeral train was put together to be pulled by the now historic steam locomotive ‘The Leviathan’. The train was to take the same route Lincoln took to Washington for his first inauguration!

At least 10,000 people witnessed the departure of Lincoln’s funeral train from Washington D.C.!

The Leviathan is no longer with us unfortunately, but a gentleman by the name of Dave Kloke, both a railfan as well as a Lincoln admirer set out to change that. In 2009 he finished a 10 year hobby project to recreate the funeral train in its full glory!

The Leviathan was a 4-4-0 steam locomotive also known as the American type!

In celebration of memorial day in 2015 Lincoln’s replica funeral train took another turn on the rails, showcasing not just an important piece of American history in its own right, but also displaying a piece from a golden era of American locomotive ingenuity!

Did you get a chance to see The Leviathan in all her glory this memorial day? We’d love to hear your experience if you did!

Note: Towards the end of the video you get a tour of the inside of the funeral car!