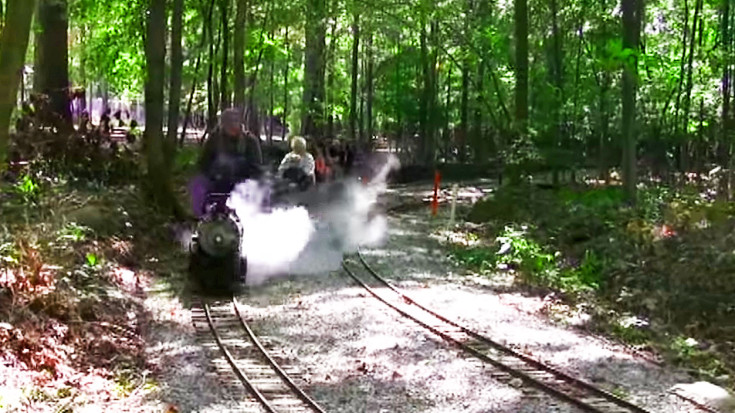 These families make riding this look so much fun!

The Lake Shore Live Steamers/Glen, Meadow, and Orchard Rail Road, are a rail fanatics club based out of Kirtland, Ohio. Officially organized in 1977 (the GM&O RR  name was not applied until 1984) The Lake Shore Steamers built their first portable track in the early to mid 1970’s.  At about 3/4″ scale and weighing in at about 3000 pounds, it was made divisible into 48 – 10 foot sections for ease of transport.

By 1993 the club began to celebrate the GM&O railroad’s tenth anniversary adding 10,000 rides that year alone, brought the grand total of rides to 65,000 since its inception 10 years prior!

Has anyone hear been a passenger on this rail road, or one like it? Please let us know!