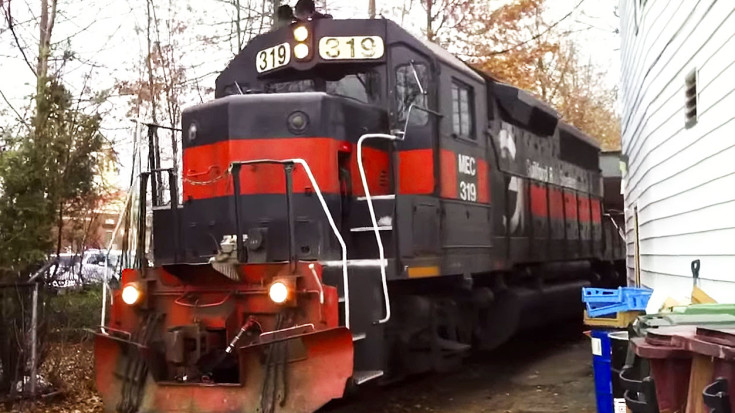 Rarely do you see this type of encroachment by structures this close to an existing railroad track!

You can see the conductor act as crossing guard with just a red flag since there are no signals or gates at the crossing ahead!

At the second crossing in the video, you can also see cars sitting on the tracks as the conductor casually walks down along side of the engine as it approaches that crossing as well.

Lack of business in the north shore area has resulted in the abandonment of 90% of the railways serving the area. It also has reduced the amount of traffic on this line to one train every 1 to 2 weeks. Since the local population thinks the tracks are abandoned, it results in cars and trash cans being left on the tracks occasionally.


Let us know if you live close to railroad tracks and if you are a railfan as a result!