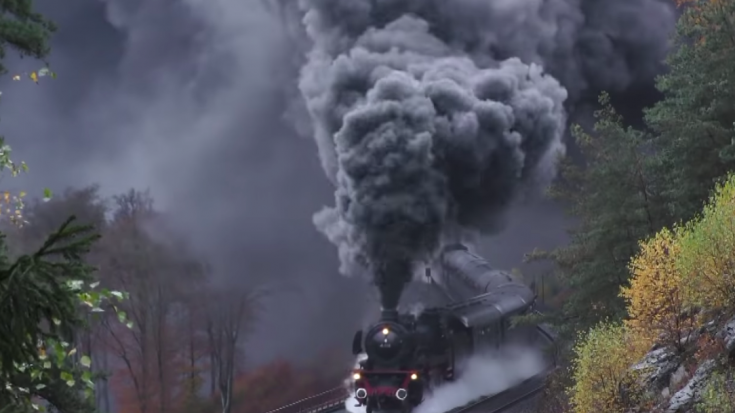 With DRB 41 018 leading the way, both locomotives give it all they have working up the Schiefe Ebenen at Neuenmarkt-Wirsberg in the German state of Bavaria. Located on the Bamberg-Hof section of the Ludwig South-North Railway, the region is part of upper Franconia in beautiful Bavaria.

The Bayreuta-Nevenmarkt-Wirsberg single line track dates back to 1853 and is one of the oldest railways in Germany.

Let us know if you have ever seen these locomotives churning up the Schiefe Ebene grade. We would love to hear about your experience.