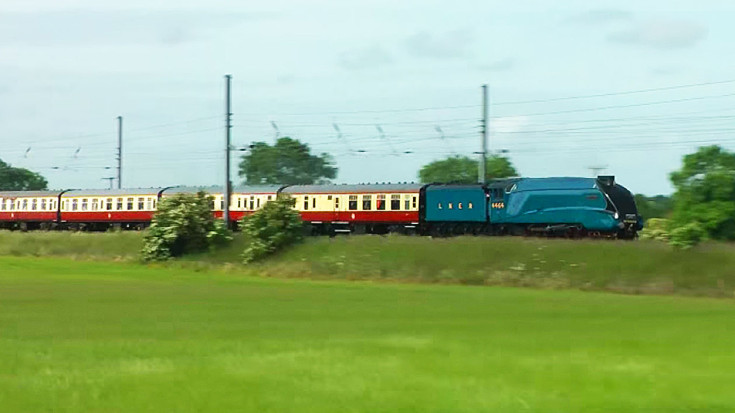 This Full-HD Clip will make you feel like you’re behind the camera, experiencing the draft of wind this beauty brings with it.

This engine highballs it down the tracks at speeds not seen from a steam engine in decades! The 4464 Bittern (the engine in the clip) is a sister locomotive to the 4468 Mallard, the engine that in 1938 achieved a world record for steam engines, reaching a maximum speed of 126mph!

In celebration of the Mallard’s record breaking anniversary the 4464 Bittern was allowed to exceed speeds of 75mph! This train is making a triumphant journey it would have made at high speeds from London to York, known as “The Ebor Streak”.

The 4464 Bittern achieves an astounding speed of 90mph!

If you enjoy this clip, These videos and more are available on the DVD documentary film “BITTERN: The Need for Speed” which can be found here!