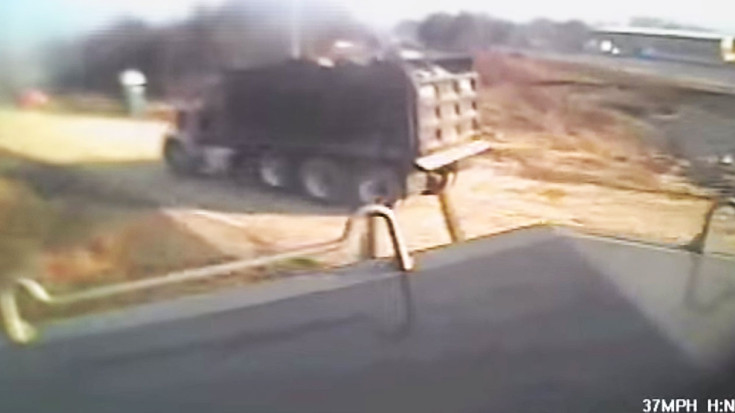 A camera in the engines cab caught the accident as it happened!

The engineer of the Music City Star commuter train was in for a surprise when a dump truck attempted to reverse over a rail road crossing!

The Music City Star was preparing to make its final morning run!

The Music City Star, Which travels between Nashville and Lebanon, Tennessee, is no stranger to accidents on this route. At the time this was the routes fifth collision with a vehicle!

None of the accidents before this one resulted in any serious injuries!

Luckily the driver was safe and sustained no major injuries, nor did the engineer or the conductor who were the only people on the train, as they had yet to pick up passengers.

Have you seen any vehicles trying to cross the tracks when they shouldn’t? Let us know we’d love to hear from you!