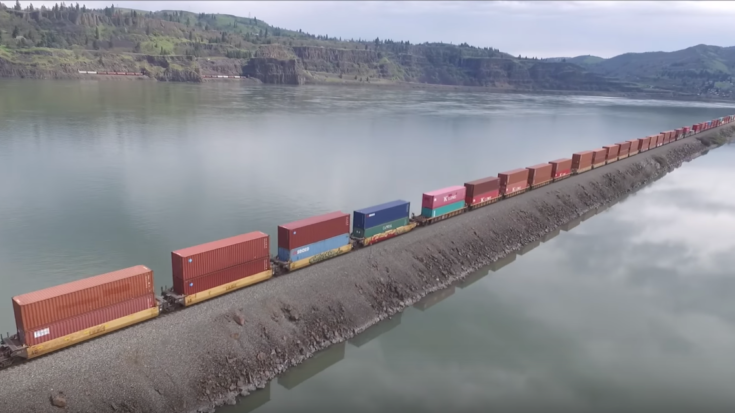 Fantastic aerial coverage of BNSF “AND” UP at the same time in the beautiful Columbia River Gorge!

Wow, sit back and be mesmerized by the spectacular scenery of the Columbia River Gorge with the Union Pacific freight on the Oregon side and BNSF freight on the Washington side of the river.

Using aerial photography, you can easily appreciate the engineering that went into building both of the lines along the banks of the river.

The first railroad built in the Columbia River Basin was in 1851 and was nothing much more than some rails with a cart. The Northern Pacific Railroad line was completed in 1881 and connected Spokane and Pasco.

Today, up to two oil trains per day come down through the gorge on their way to the Pacific. The debate is whether or not oil trains should be allowed at all because of the environmental hazards they present if there were an accident.

Let us know if you have ever taken a train ride through this magnificent gorge! We would love to hear about you experience!