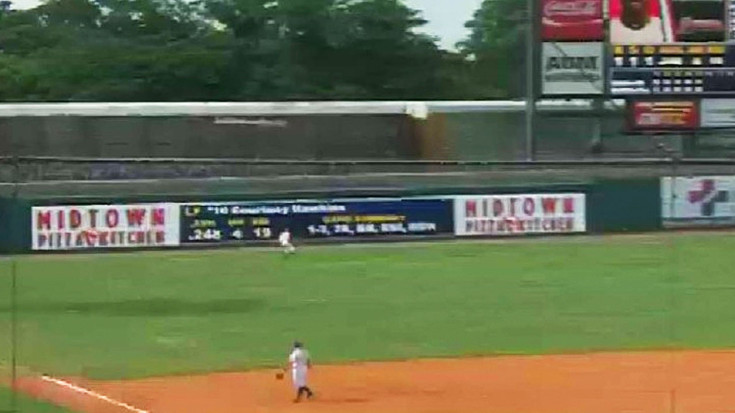 Birmingham’s Barons minor league team was playing the Montgomery Bisquits at Riverwalk Stadium in Montgomery, Alabama, when this amazing event occurred. Courtney Hawkins connected at just the right moment to send this one out the park and nail the CSX auto rack freight passing by!

Everyone was yelling “hit the train, hit the train!” while the ball was flying through the air!

Montgomery Riverwalk Stadium is located east of the Alabama River alongside the CSX railroad’s track that runs next to the stadium. CSX is one of the major railroads that operate in Alabama along with Norfolk Southern among others.

Have any stadiums near the tracks where you live? Tell us about them, we’c love to hear about it!