Aussie Steamer Stalls On Grade, Fights To The Top! 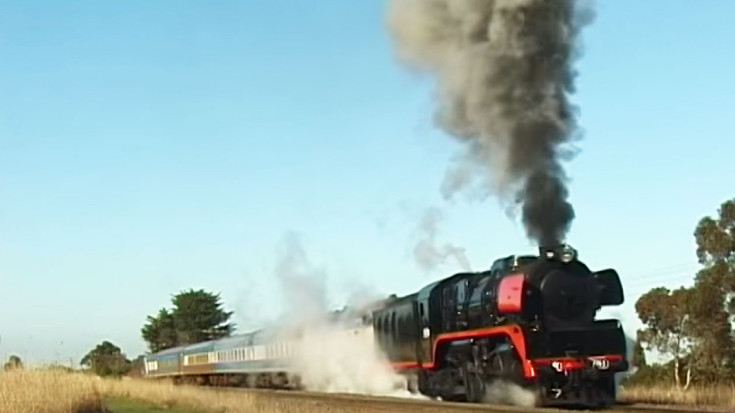 This steamer really is the little engine that could!

In 2001, Engine R761 of Australia’s Victorian Railways R Class was hired to operate monthly on the West Coast Railway, and for the South Western Railway Society’s day trip to Echuca, Austrailia, following the failure of its sister engine R766!

Upon approaching a 2 percent grade in Sunburry, R761 began to struggle with the hill. The locomotive stalled but was able to get going once again! This however was not without difficulty, as her wheels began slipping when she attempted to chug forward. The poor girl failed to get traction again and again!

You can hear the engines wheels slip each time it happens!

With some determination and experience, R761 was able to get back on track, and make the grade, hitting the rails as a proud locomotive once more!

Have you ever seen one of these R classes in action? We’d love to hear about your experience with one!