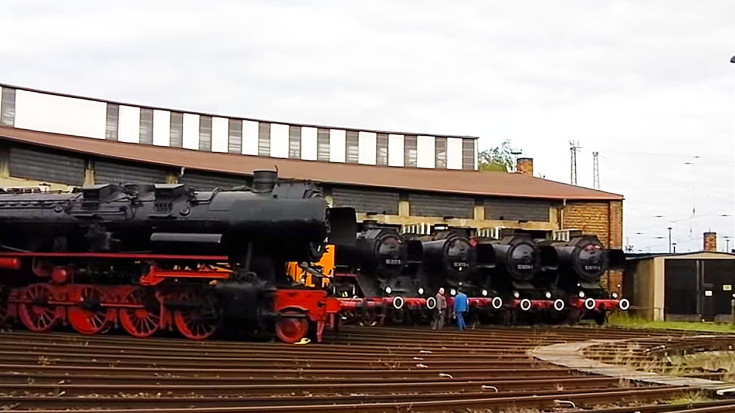 Tucked away in the German town of Falkenberg/Elster, is what some would call a memorial to many of the engines that ran Eastern Europe!

In Falkenberg/Elster there is an abandoned train depot, and with it a massive amount of locomotives, sadly left there to decay in the annals of history. Luckily for those engines, a private collector managed to secure the property in order to begin restoring what was there, as well as add on to the impressive collection!

There are almost 100 steam locomotives at the depot!

All matters of engines and cars are there, from steamers to electrics and diesels. The private collector intends on restoring what can be restored and displaying what has seen too much decay, at the very least giving those engines the rest and respect they deserve!

The site of the future museum was opened to the public for one weekend in September of 2012!

This video is from that experience and it is quite the site to behold!


Did you get the opportunity to see this piece of locomotive history when it opened to the public? We’d love to hear about what you saw!