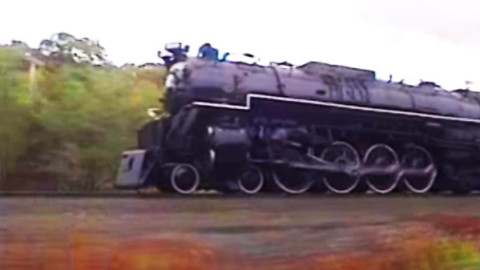 The Chesapeake & Ohio ordered a total of 25 of these so called “Northern” type locomotives beginning in 1935. They were actually being used by the Northern Pacific Railroad first and became known a “Northerns” due to their 4-8-4 wheel alignment.

Since the Chesapeake & Ohio was actually located in the east and south, they renamed the locomotive the “Greenbrier” , after the famous Greenbrier Hotel in White Sulphur Springs, West Virginia.

Built mainly as a passenger locomotive for C & O’s first class passenger trains, the C & O 614 is the only surviving locomotive out of the original 25 built. This 477,000 lb locomotive could reach speeds up to 70 MPH!

If you have ever seen the C & O 614 or a train like this let us know in the comments below! Would love to hear your experience on this classic piece of history!