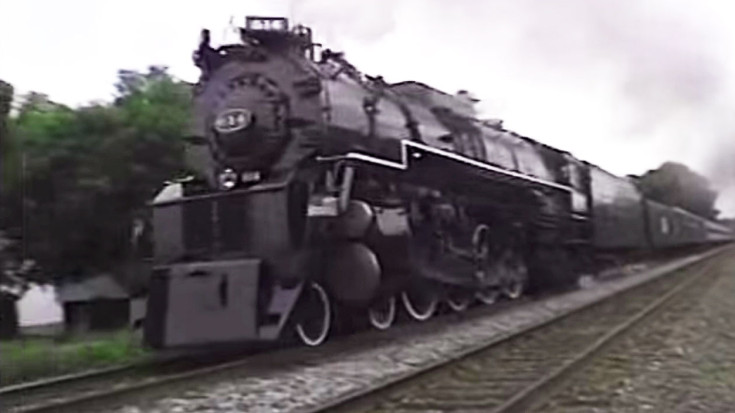 At 79 Mph, the C&O #614 is seen here on the former Erie Railroad mainline hauling an excursion train between Hoboken, New Jersey, and Port Jervis, New York.

Built by the Lima Locomotive Works in Lima, Ohio, in 1948, the C&O #614 was one of the last commercially built steam locomotives in United States.

The Chesapeake & Ohio Railway ordered a total of 25 of these 4-8-4 type locomotives beginning in 1935. Eventually 4-8-4 configuration locomotives became known as “Northerns” as they were initially used exclusively by the Northern Pacific Railroad!

Built mainly as a passenger locomotive for C&O’s first class passenger trains, the C&O 614 is the only surviving locomotive out of the original 25 built!

Let us know if you have ever seen this great engine up close or have had the opportunity to take an excursion! We would love to hear comments!