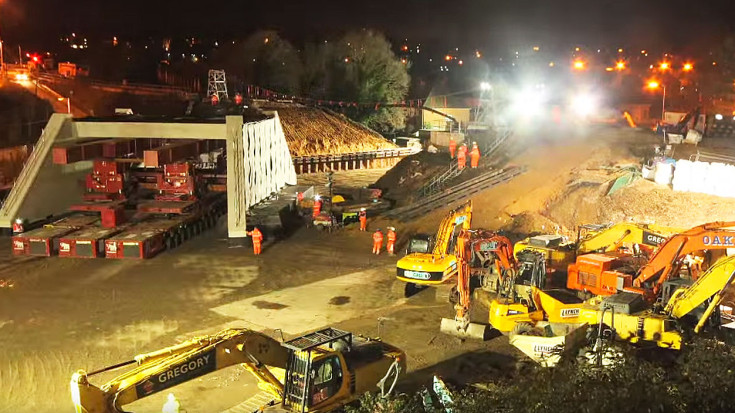 Ok, not really. But, the time lapse photography is amazing to watch!

The 1600 ton bridge was constructed on site and then moved once the old Cow Lane Train bridge was demolished.

It took over 7 hours to maneuver the 1600 ton concrete and steel structure into place sitting on top of a 66 axle truck!

The project called for two-way traffic with a cycle path and train bridge that would help alleviate the bottleneck of the single lane tunnel.

The new Reading Station was reopened by Queen Elizabeth II on July 17, 2014, and is expected to receive over 16 million passenger entries and exits per year! Reading Station is the 9th busiest station in the UK outside of London!

Let us know if you have ridden the train through Reading Station or have seen this project while it was being built. We would love to hear your story!