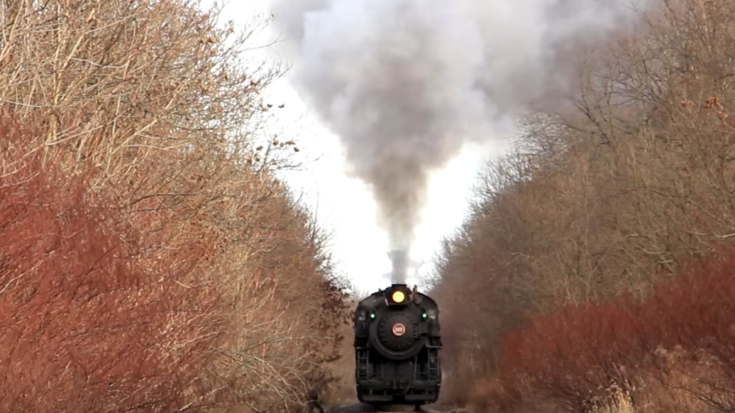 Lehigh Gorge Scenic Railway and CNJ #113 is a winning combination!

Referred to as Queen of the Valley, CNJ #113 traverses spectacular scenery while reaching speeds of up to 30 miles per hour!

The 1923 CNJ#113 ALCO built 0-6-0 was originally built for switching duties for the Central Railroad of New Jersey.

Restored to her original running condition beginning in 1999, it took over 20 years and $600,000 to complete the job. Countless hours were donated by the restore Project 113 group along the way.

Notice how exaggerated the side to side movement is on these engines at speed due to the lack of pilot and trailing trucks.﻿ As a switcher, she was never meant for higher speeds.

Some quick facts about CNJ #113

Let us know if you have ever had the chance to see CNJ #113 moving down the line. We would love to hear about your experience!