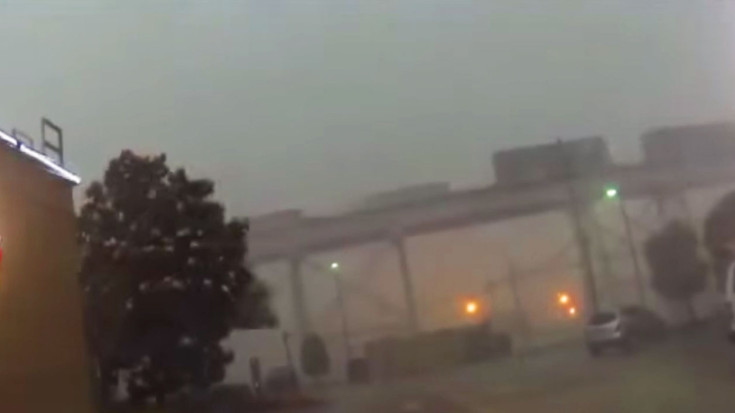 A Norfolk Southern inter modal freight train was no match for this storm as unexpected wind gusts in driving heavy thunderstorms tossed several of the freight cars off of the tracks to the street below!

On April 27, 2015, WGNO News located in the New Orleans area of Louisiana, interviewed a news reporter that caught the Norfolk Southern freight being blown off of the Huey P Long Bridge during a heavy thunderstorm.

The WGNO reporter who happened to be on the scene was actually driving underneath the train on the road below when he noticed that the train could possibly be pushed over by the wind. He pulled into a fast food restaurant and started recording the storm.

He actually swung his camera around to film the storm towards the bridge area when he suddenly caught the train being blown off of the tracks!

The Huey P Long Bridge (located in Jefferson Parish) is a cantilevered steel truss bridge that carries two railroad tracks over the Mississippi River. It is located a few miles north of New Orleans and carries 22,996 feet of rail. The longest span is 790 feet with a maximum height of 153 feet.

So much freight passes over this bridge that it has become a railfan favorite!

Let us know if you were near this area when the storm hit and if you have photos you would like to share!