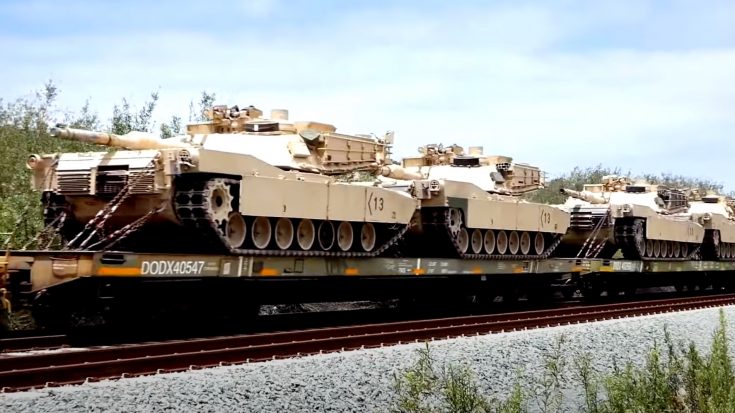 An a mazing amount of chains are needed to tie down all of this equipment!

A BNSF military train was making its way to San Diego, California.

The M1 Abrams tank weighs 60 tons and cost an average of $6.21 million dollars each to produce. Known as the “Cadillac” of tanks, the M1 Abrams travel distances of up to 265 miles!

At a maximum speed of 42 MPH with a 120mm cannon and other heavy machine guns, the M1 Abrams tank is a beast!

Let us know if you have ever witnessed a military train. We would love to hear about your experience!