BNSF On The Southern Transcon 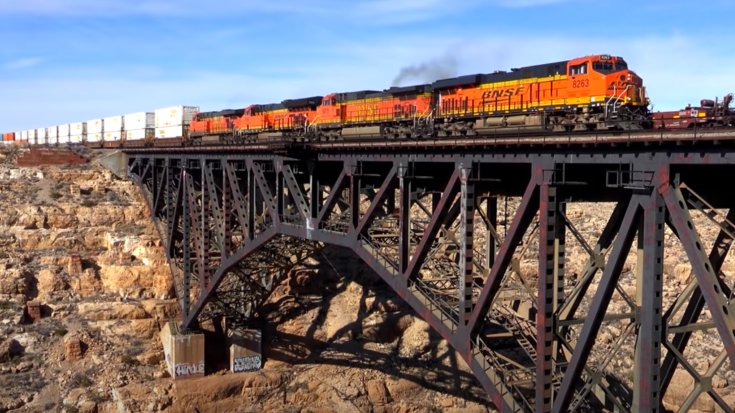 When you think of a model train layout, you may think of beautiful scenery that some of the BNSF subdivisions inspire.

Set against the hills in New Mexico, the crew of the these two BNSF consists get to see some of that beautiful landscape as they navigate the bridge.

Both consists are made up of what are commonly referred to as “intermodal” cars. The average intermodal train lengths average 8,200 feet long.

The first consist crossing the bridge has 2 designated power units weighing in at approximately 400,000 pounds with 4,400 horse power each.

The second consist waits for the first to mostly clear the bridge before adding the weight of its 4 locomotives (1,600,000lbs) to the structure.

Let us know if you have like to the scenery shown here. We would love to know your thoughts.