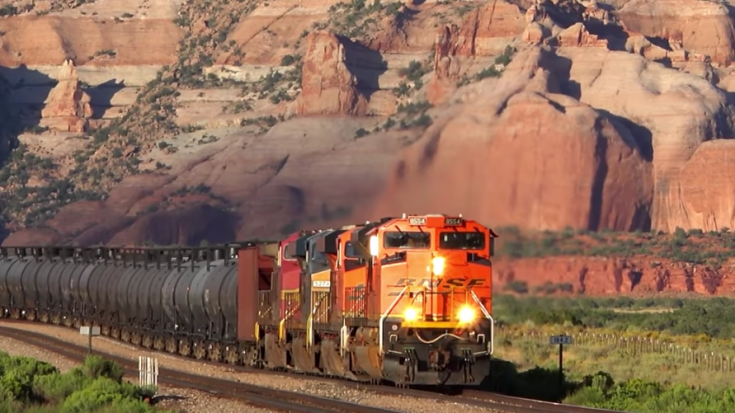 When you think of a model train layout, you may think of beautiful scenery that some of the BNSF subdivisions inspire.

Set against the hills in New Mexico, the crew of the these two BNSF consists get to see some of that beautiful landscape.

The first consist is made up of what are commonly referred to as “oil cans” or tank cars. The average length is around 90 cars with an average weight of 130 tons each depending on the contents of the car. Each one is capable of carrying 30,000 US gallons with a test pressure of 100 psi.

The intermodal freight is a different story. Average intermodal train lengths are on average 8,200 feet long.

Both consists use distributed power units (DPU) meaning diesel engines in the front and helper units either in the middle or at the rear of the train.

These locomotive units are weighing in at approximately 400,000 pounds with 4,400 horse power each.

Let us know if you have like to the scenery shown here. We would love to know your thoughts.