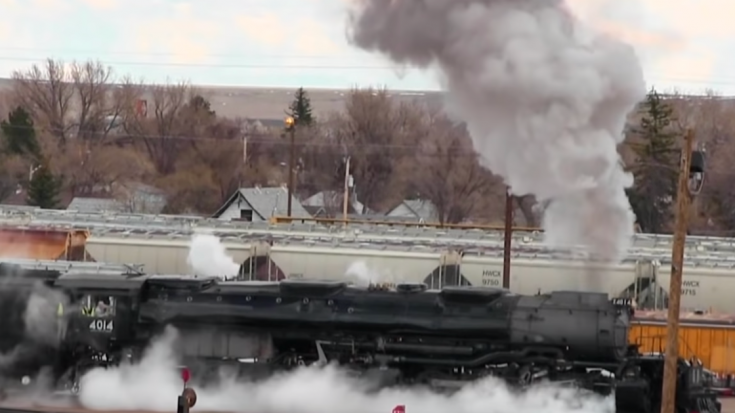 Let this horse out of the barn and let er rip!

Like a brand new toy right out the box, Big Boy #4014 is sporting a shiny new paint job!

Seen here for the first time heading out onto the main line, Big Boy #4014 is seen carefully working out the kinks without putting major stress on engine. After a few leaks here and there, it was reported that there were no major problems on the initial trial run.

Big Boy #4014 has since continued on with her scheduled run to Ogden, Utah with UP 844 (seen in the bay next door) to celebrate the 150th Golden Spike Ceremony.

Let us know if you have had the chance to see Big Boy in person. We would love to hear about your experience!