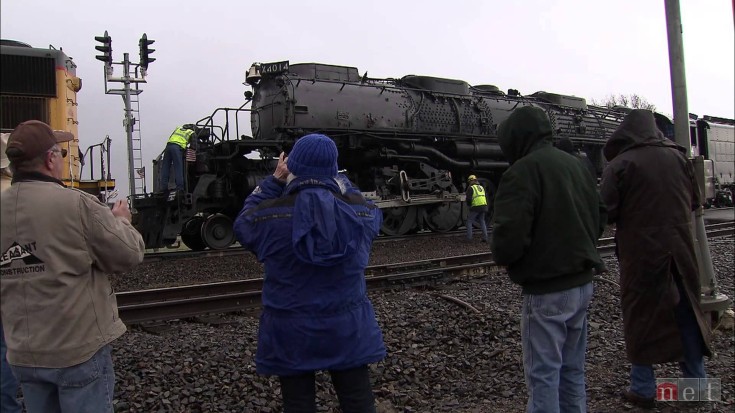 Rail fans turn out to see Big Boy on the way from the Pomona Fair Grounds in California to Union Pacific’s steam repair shops in Cheyenne, Wyoming. The locomotive was so large that they had to modify the repair facility to accommodate the 132 foot length of locomotive and tender.

Big Boy was considered the ultimate “fixer upper” after examining her core components which were considered to be in good shape. They are currently converting her to diesel fuel from coal and that process alone is expected to take 4-5 years.

Known for their size, power and reliability, the Class 4000 4-8-8-4 was the largest and most powerful steam locomotives ever built.

The Big Boy could pull a 5 1/2 mile long train on level ground!

Please let us know if you have ever had a chance to see #4014 on her way to Cheyenne or in the repair shop. We all would love to hear you comments!