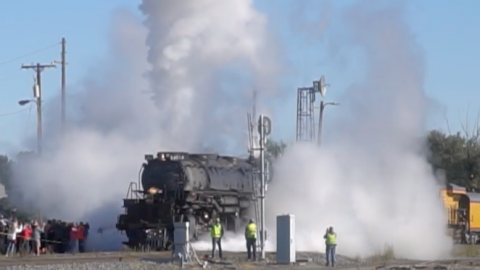 As part of the journey Big Boy #4014 made for her excursion, the locomotive in Milford, Utah.

After being restored at the Union Pacific Steam Shop in Cheyenne, Wyoming,
Big Boy #4014 was fired up after 60 years of sitting dormant.

It is now part of Union Pacific’s heritage fleet.

During World War II, the Big Boy class locomotive was conceived to eliminate the need to double head up the Wasatch Mountains.

Let us know if you have seen this magnificent locomotive in person. We would love to hear about your experience!