Sled Power On The Move 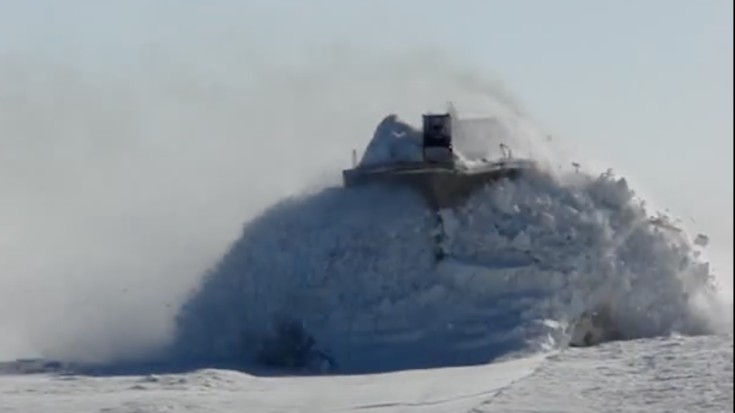 On the plains in the midwest somewhere between Kansas and Colorado, this scene plays out each time a major storm dumps snow. The only thing that would be better than watching it is being in the cab of the locomotive. The onboard view must be spectacular!

Spreaders come in various forms from typical Jordan variety which are manned to this example of a weighted down sled being pushed by 3 diesel locomotives. In the off season, the spreaders are also used for ballast maintenance.

These types of sleds have been known to derail occasionally which creates a hazard for the crew.

Some of duties performed are: