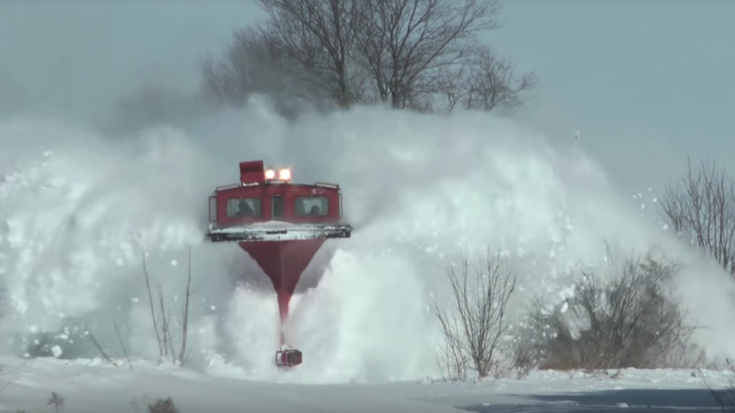 Snowdrifts prove no match for these 1950’s era units!

While plowing snow on the Ontario Southland subdivision, the guys sitting in the top of plow can hardly manage to keep their seats!

As they say, a real “E-ticket ride” for those of you old enough to remember what that stands for.

Spreaders come in various forms of manned and unmanned wedges and sleds. This is an example of a manned spreader being pushed by 2 diesel F units.

These types of sleds have been known to derail occasionally which creates a hazard for the crew.

Never the less, put us on top in that cabin and we will never want for anything else.﻿

Some of tasks performed by the sled are: