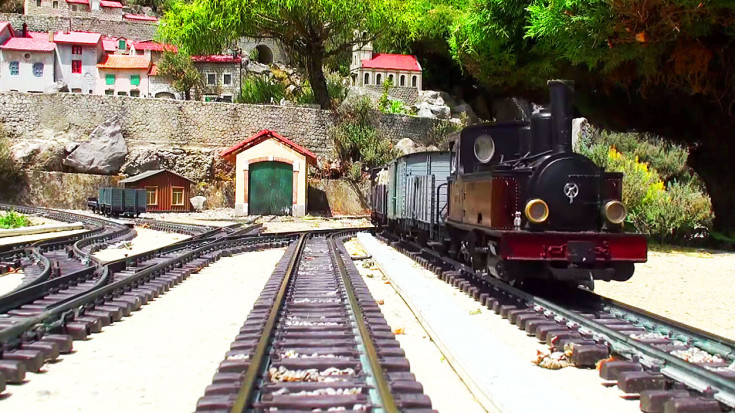 Ever wondered what the world would look like if you were a passenger on a model train? Well, today is your lucky day!

Ardèche Miniatures, a miniature park located in Ardèche, France, has over 2800 meters square (9186 square feet) of natural scenery at 1/25th the scale of the real world!

If this park were actual size, it would take up 70 square kilometers (roughly 43 miles)!

The main attraction known as “Le Jardin Des Trains Ardèchois” (The Garden of Trains from Ardèche) is a narrow gauge railway network, based off a local rail line, the “Chemin de fer du Vivarais” (Railway of Vivarais) and passes recreations of local landmarks such as the Gare de Saint-Prix, and the Pont d’Arc.

This video showcases the route from an eye level, first person perspective, making it feel as though you are a tiny inhabitant of a giant world! Everything is modeled in immaculate detail and the immersion is shocking, especially when you have a visual on something that is of a normal size, making you remember that this is all just a model!

The park was started by a retired SNCF (National Society of French Railways) agent, opening in 1992, and closing in 2006 when the owner decided to retire from the business altogether. However, in less than two years, a group of entrepreneurs opened the park back up in 2008 and it is once again open for model and railfans alike!

Have you visited Ardèche Miniatures, or been to an as impressive miniature park? Please let us know in the comments!