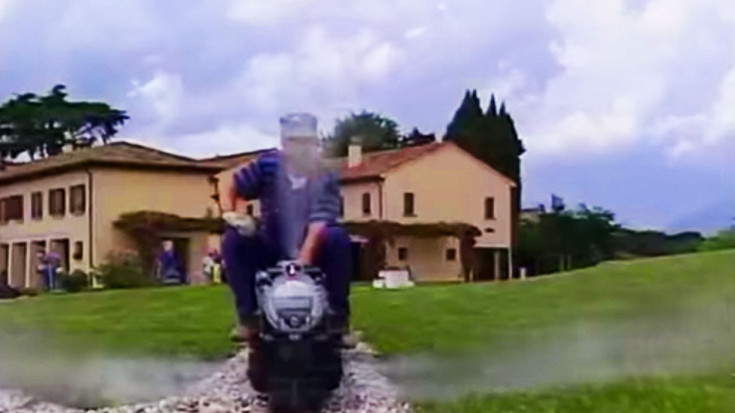 Alberto Celot loves trains!
In particular Mr. Celot has a passion for replica engines, specifically thouse that run on 5″ guage tracks. He also happens to lay claim to one of the most impressive home railways in all of Italy, if not the entirety of Europe itself!

As a fan of American trains, Celot found a love for Union Pacific. More specifically, Union Pacific’s 4000 class 4-8-8-4 Big Boy! As such, the crown jewel of his fleet is #4005 a 5″ gauge Big Boy replica that could make the humblest of model enthusiasts enviable!

Celot began designing and construction on his Big Boy replica in 2002, finishing in 2009!

The steamer, which is gas fired, is a top notch reproduction, and if it weren’t for its size, you might think it the real deal! #4005 is part of the Railways Felettane, what Mr. Celot refers to his home railway as! Located in the province of Treviso, Italy near Conefliano Veneto, is open to railfans from around the world!

If you could have your own private railroad, what engine would you choose as your first! We’d love to hear your top choices so tell us about them!